Microsoft shocks the tech world and other tech giants with their awesome gadgets announcements. Redmond Giant again proved itself as the winner in all fields whether its performance, creativity, uniqueness, productivity, entertainment. Lists of devices so unveiled is not only as well as powerful in every aspect. Devices so lined up are as Surface Book, Surface Pro 4, Lumia 950, Lumia 950 XL, Lumia 550, Microsoft Band 2, Microsoft HoloLens Development Edition. With the launch of Windows 10, Microsoft already had a new image of future devices and today we are watching going them live one by one. Lets have a look over all devices, gadgets and technology which Microsoft unveiled.

Surface Book – First and foremost important gadget which Microsoft unveiled is Surface Book. Specification of the device is giving touch competition to Apple’s MacBook. Surface Book is the their first and ultimate laptop which is features best in class performance with the versatility of pen and touch.

See Also: Surface Book vs MacBook Pro 13: Where to invest your dollars?

Surface Pro 4 – In series of Surface tablets, here is the new generation of it known as Surface Pro 4. This time it is much more thinner, lighter and faster.

New Lumia Phones – Three Lumia phones which are in line to come in market soon are Lumia 950 and Lumia 950 XL , and Lumia 550. Lumia 950 & Lumia 950 XL are flagship phones powered with Windows 10 whereas Lumia 550 is entry level 4G LTE smartphone. 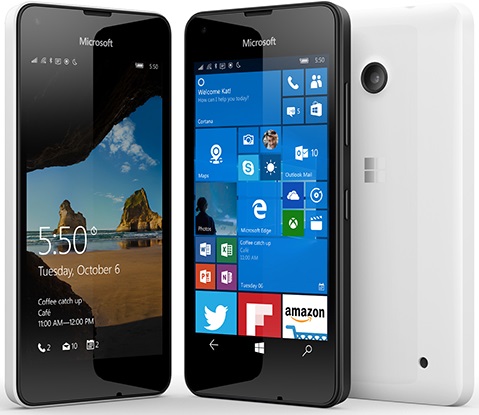 Microsoft Band 2 – We already seen its previous edition and this time Microsoft changed its screen to curved one with barometer as additional sensor.

Microsoft HoloLens Development Edition – It’s basically designed for developers and will cost around $3000. Now developers will bring their holograms to their world.